NISSA NISHIKAWA
NISSA NISHIKAWA
Ceramics
For Her
Offerings
Canvases
Film
A Mountain Meditation
From This World To That Which Is To Come
Silent Protest
Purge
Divine's Left Trip
Performance/Installation
DEN with Tenko No Seishin
The HUM
The Divinity Play
Feast
A Welcoming
Relations of Fire
Dancerbation
The Fifteen Eyes of Axomamma
In the Wake of The Nightshade
Golden Opulence Serendipity Sunday
Rite of Augury
5 Aggregates of Motion
The 2nd Action of Anti/Form
Performance
DancerbationRelations of FireGolden Opulence-Serendipity...FeastA WelcomingThe Fifteen Eyes of AxomammaIn The Wake of the NightshadeThe 2nd Action of Anti/FormRite of Augury5 Agreggates of Motion
Photography
Claims of Them
SEE [Nomen Numen Lumen]
An Animal Morning
On The Ley
Naked Activity / Transmuting Time
WorkshopsPathContact 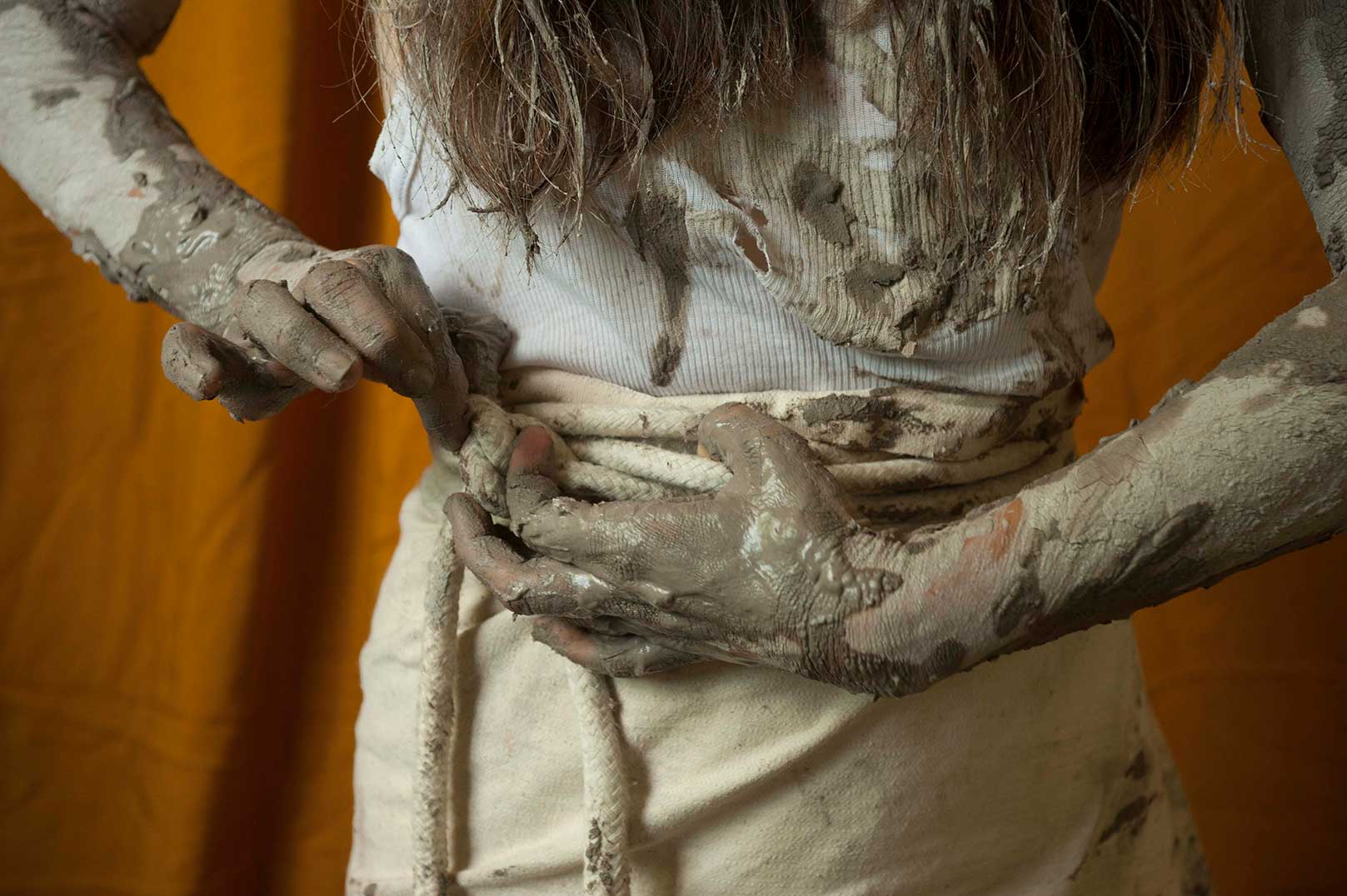 The Fifteen Eyes of Axomamma

The Fifteen Eyes of Axomamma [I Shall Become A Perfect Dead Woman] is a passage that resides between moments of improvisation and composition while exploring the unification of the masculine and feminine essence through a matrilineal becoming. The five male identified artists, invited by Nissa Nishikawa, had one day prior to the performance to share narratives of their great-grandmothers and desires of physical expression. Gestures of their maternal relations were drawn into a choreographed line during this collective conversation with an urgency to form, and deform. Collectivity was fundamental- how the symbiosis of individual perspectives can generate new approaches to the current conditions of ecological and societal marginalisation by the sharing of myths. The attention raised to the Incan potato deity (Axomamma) was a means to converse with the Jersey earth while addressing the origin of the emblematic nightshade and the destructive monocultural system the island has fixed. The set and costumes were constructed from local materials (soil, potatoes, hessian and wood-charred in the Japanese technique of Shou Sugi Ban) in order to heighten our correspondences with the ecological environment on the island of Jersey.

The Fifteen Eyes of Axomamma explores the immediacy of imagination and becoming one with environment as an empathetic relation. It is a play which allowed the authentic self to emerge through a visceral practice while residing in the realm of an early form of theatre, when this art pillared ceremonial dance, song and sculpture. 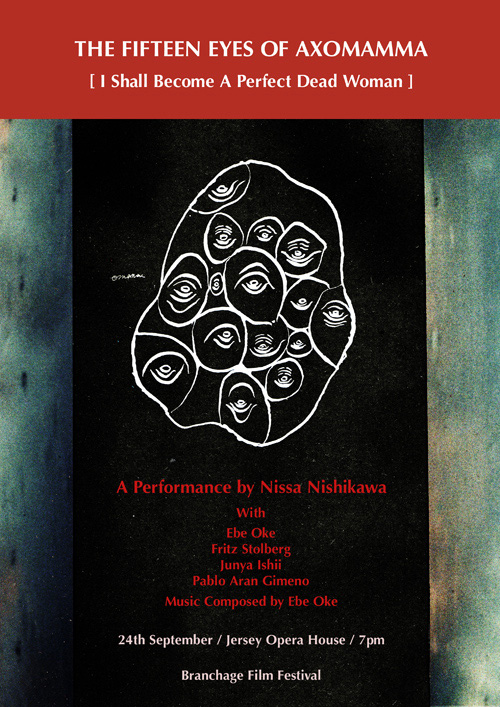 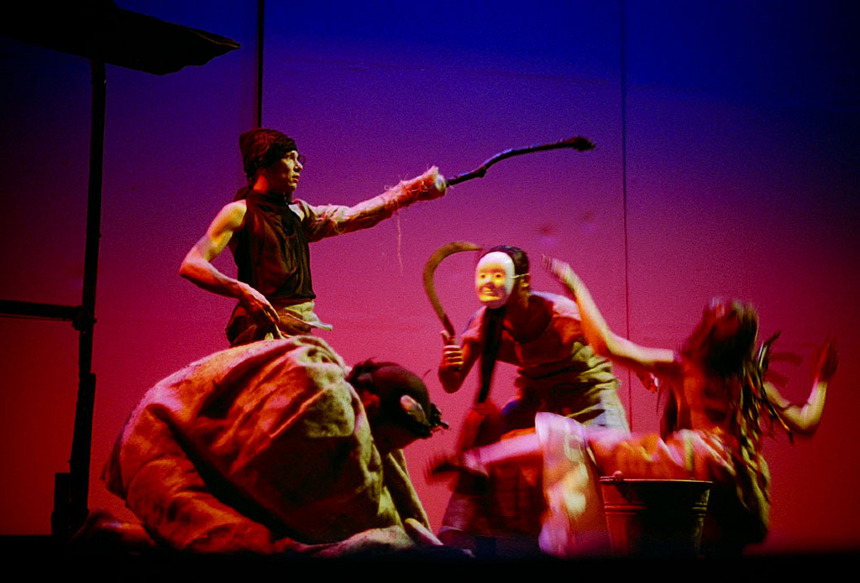 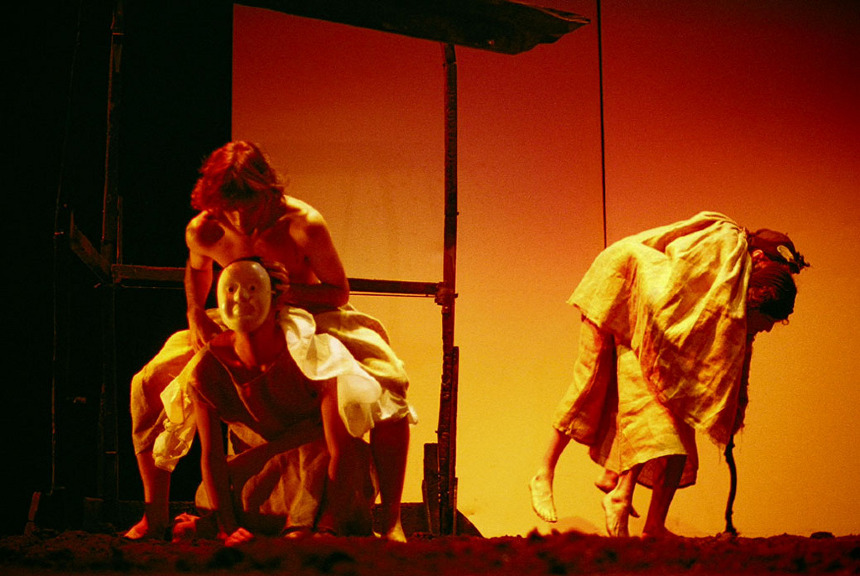 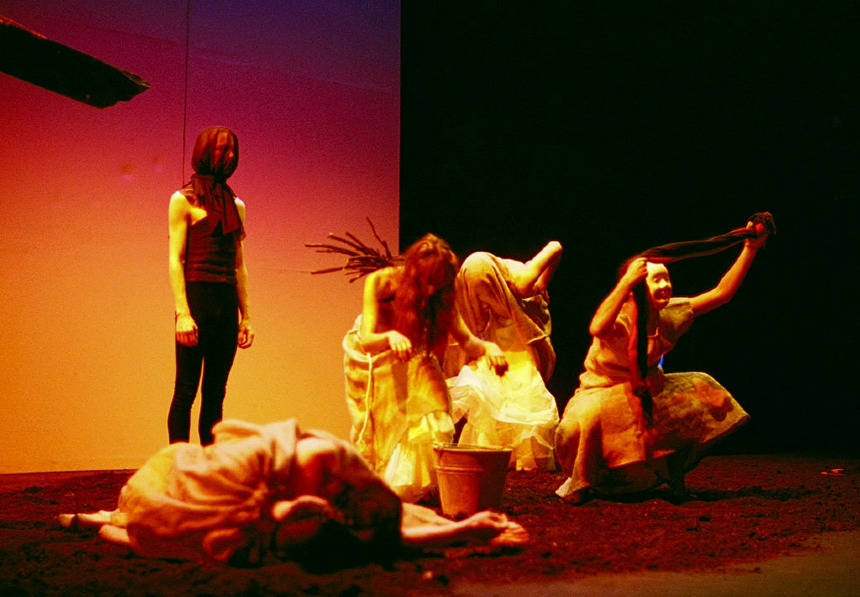